The Church of God in Christ Judicial System consists of: 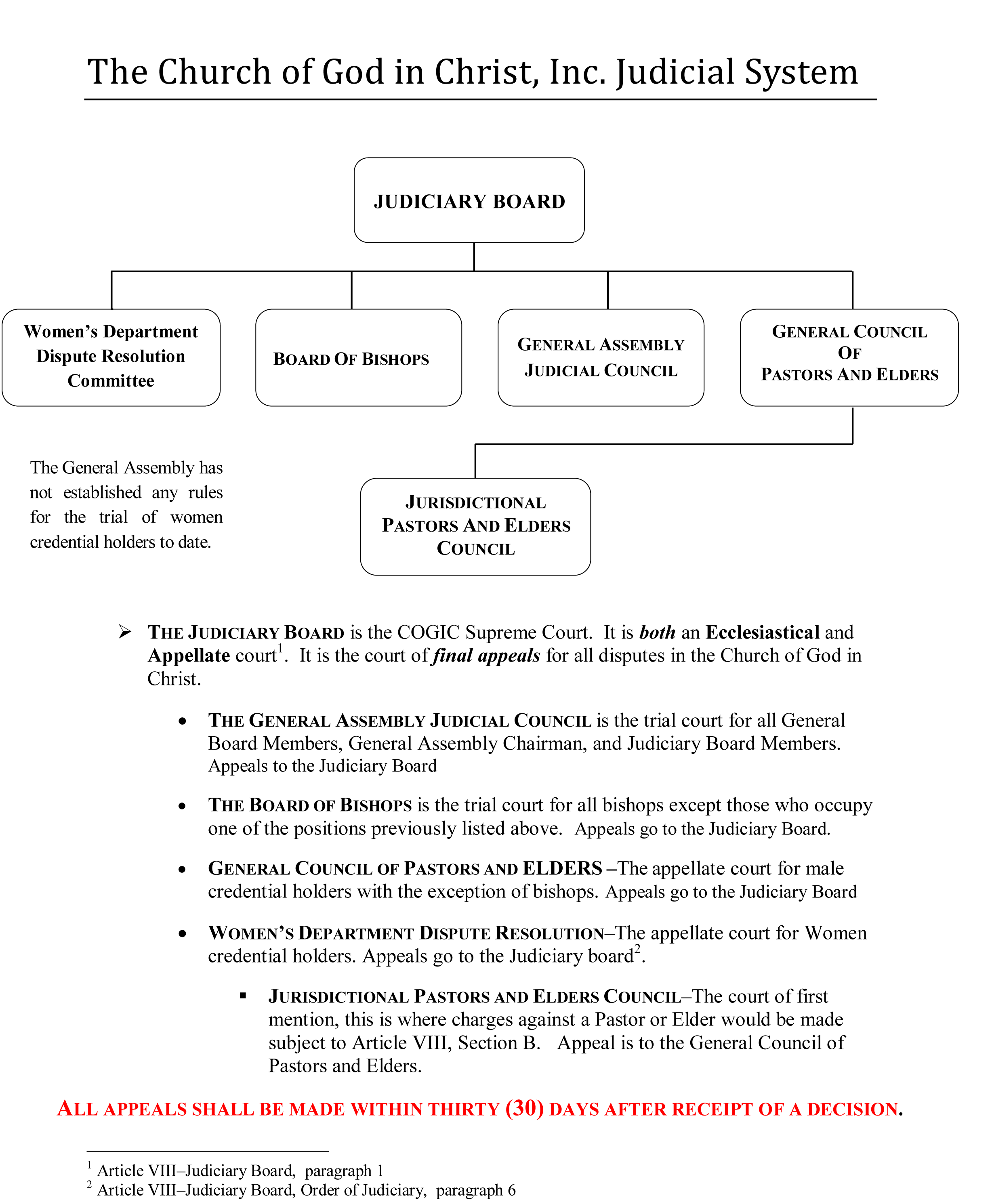 If you have any questions, we will gladly do our best to answer them with accuracy and without any bias.  We will cite the document and page number where the answers were found as well as provide a copy of that portion of the document.  Only your question and answer will be shared, No other information will be shared. Use the contact form below.

This site uses Akismet to reduce spam. Learn how your comment data is processed.